One unintended consequence of video technology is the public unveiling of a phenomenon long unknown to many white Americans: The unjust treatment of African Americans at the hands of white authorities. Also made visible is bias in action. 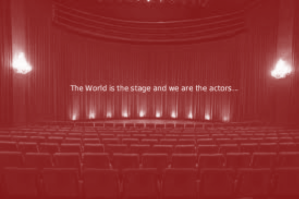 These days, Americans of all colors are getting a front row seat in witnessing the burden of bias that suffocates America’s collective potential by turning us against one another. The video of Walter L. Scott’s murder is just one of many that have surfaced lately, making visible the way black American’s lives are under attack. And let’s face it, what human being can possibly thrive when in survival mode? How can any country thrive when its people are too often in attack or defense mode? 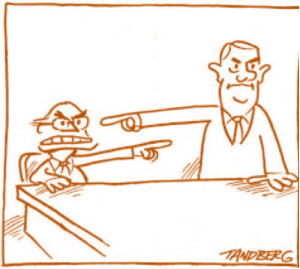 Though it’s easy for me to blame (and even hate) the police bias I see in the media, I find my own bias surfacing as I take in coverage of these unfolding events. Because bias is super sneaky and can seduce me into old thought and feeling patterns, I frequently monitor my thinking with a Flip-The-Script test — a technique I learned from Tim Wise’s essay, What If the Tea Party Were Black? Repeatedly putting my mind through this exercise is crucial to weakening old thought patterns. It also prevents me from seeing the police as bad and myself as good, another old us/them counterproductive habit of mind. 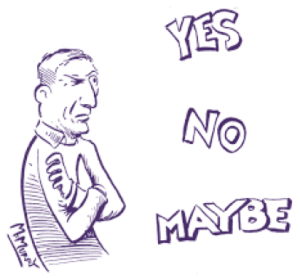 Even after all the work I’ve done to unearth my bias, when I see a black man on the news being hunted, harassed, or killed by police, I can still count on my inner white supremacist voice to squeak out a justification. “Wait, he was a deadbeat dad,” or “But wait, he was running away. He should’ve stayed in the car.” The voice of justification always strives to rebuild my old belief system – the one that assures me America is a country based on fairness and everyone gets what he or she deserves. In that moment I need to remind myself that a lifetime of justifying injustice is now a habit of mind to be managed. I need to ask myself, “Would I be okay seeing a white guy get shot to death because he wasn’t paying child support? Because he got out of the car and ran for his life?”

As the reality of biased policing becomes harder and harder to ignore, I offer up the below Flip-The-Script practice test to explore your own habits of thought with regard to this syndrome.

1) Watch each of the six videos below. *

2) As you do, flip the race of the person police are focusing on from white ➡ black or black ➡ white.

3) Notice how your perception of the situation changes. 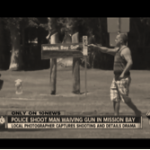 California WHITE man, armed and threatening to shoot. Police negotiate with him for one hour before shooting-to-subdue and bringing him to a trauma center for treatment. Flip gunman to BLACK. 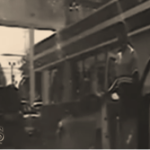 South Carolina BLACK man stopped for not wearing a seatbelt. When he reaches in car for license police shoot him. Flip driver to WHITE.

Phoenix WHITE man fights police trying to subdue him. After throwing punches he runs away before being apprehended. Eventually additional officers arrive and are able to secure him, at which point he goes into medical distress. He is quickly transported to the hospital but dies en route. Flip police beater to BLACK.

Arizona BLACK woman thrown to ground after being stopped for jaywalking. Flip jaywalker to WHITE. 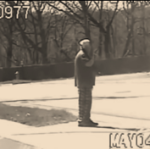 Michigan WHITE man, waves gun and swears at police. Police negotiate with him for 40 minutes until man lays gun on ground. Officers discover rifle is empty at which point they offer to drive him home. Flip gunman to BLACK.

Michigan BLACK man pulled over for not stopping at stop sign. Thrown to ground, put in chokehold, punched 16 times, tased 3 times. In another too-common practice, a cop on the scene planted a bag of cocaine on the man and accused him of possession. (Think this last statement is over-the-top? Read The New Jim Crow.) Flip driver / drug plant victim to WHITE.

If you’re surprised by your inner workings, please know you’re not alone. Getting rid of bias is not the goal, in fact it would be futile to try. Our best defense is to recognize and manage it so it doesn't manage us. In my experience, that effort is best done with a balanced dose of self-engagment and cross-racial community engagement. Here’s a resource for each.

Learn more about how your brain works. You can even take more tests at Harvard’s site, Project Implicit.

CONNECT TO YOUR COMMUNITY

Join and/or offer financial support to the #BlackLivesMatter movement. Find out more about who in your community may already be organizing and educating for racial justice by visiting the Showing Up for Racial Justice (SURJ) website.