Today marks the one year anniversary of Waking Up White. In celebration of the occasion, I'd like to share the below chapter — which ended up on the editing room floor. Enjoy!

Reconciling my financial ideals with my moral ideals. 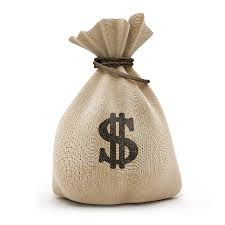 Of all the social codes I have broken in challenging racism, none has caused me more anxiety than the one I am about to describe. Writing this chapter is particularly nerve wracking for me because I was taught that talking about money outside of family is vulgar. I now wonder if it has something to do with the fact that deep in the white cultural fabric is that fact that money and self-preservation, more than ideals about freedom for all, drive the system. Many people on the top rungs of the ladder feel considerable pressure either to maintain the perception that they have wealth when they don’t or to hide what they have when they do. I wonder if deep down there’s a sense for affluent white people that acknowledging one’s wealth is tantamount to acknowledging one’s participation in an unfair game?

Privately, my family talked about money, though sparingly. Mostly the men talked and the men managed and the men doled out allowances to their women and children. However, there was one glaring exception. One principle got drilled in regardless of age or gender. Long before I understood it’s meaning I could recite the phrase “Don’t touch principal.” When I learned that it meant only to spend the interest on your money, but never the invested principal producing the interest, I started to believe that big blocks of stored wealth were vital to survival. Over time, the idea of not having a layer of income-producing money in the bank felt as terrifying to me as imagining myself homeless. On the surface, accumulating and preserving wealth were signs of financial acuity, good breeding, and/or a long line of hardworking, prudent, financially responsible ancestors. But deep down, at least for me, was a sense of panic at the idea of being without that cushion. It’s ironic that the people who least need that cushion are the people most likely to have it — namely white folks who have more access to adequate education, jobs, and social capital.

In May of 2006, two and a half years after my father’s death, my mother died peacefully. Though my parents were gone, the North Star they’d set in place for me felt firm. I took comfort in knowing they prepared me well for this moment, instilling in me their kindness, work ethic, and ability to let loose and play. They had also prepared me to wisely invest any money they might leave behind. Core to that preparation was the idea of never touching principal. I didn’t inherit nearly enough to live off, but I received enough to form a security cushion, and there was no question in my mind that I would never touch it.

During the Wheelock months, however, as I began to question my value system, my ideas about money began to shift. I wished I’d been more aware at an earlier age of how beholden I’d been to rules I thought “right.” I wished I’d been allowed to see my family’s way of being as just one way of being in the world. I regretted how I’d judged people (of all colors) for approaches to life they had that weren’t what I had learned was “the right way.” I had never before connected my family’s values, beliefs, and traditions to privilege. I now understand how easy it was to adopt norms such as not talking about race, money, or emotions while living a life of high-class, white comfort.

Understanding that money had come to my family through a racialized scheme that funneled resources in our direction, changed my relationship to the cushion I’d received. Wealth, whether earned or inherited, no longer represented just hard work and prudence, it also represented unfair advantage. I realized the “don’t touch principal” idea wasn’t a rule set in stone, but rather a rule of my culture. Taking the rule out of its box to examine it under the light of my new understandings brought a flood of memories and feelings.

I thought back to a radio interview with Spike Lee that I’d heard in my mid-20s. I remembered him speaking of the process he went through to make the film She’s Gotta Have It. In speaking about how he’d financed the film, he described how he had maxed out three separate credit cards. On the one hand I thought, How irresponsible!!  On the other hand I found myself thinking: You can do that?  I didn’t yet understand how important it was that he avoided taking white men’s money with its attached editorial control. I also didn’t understand that he might not even have been able get the backing if he’d chosen that route. What I did get was his passion and his verve. I couldn’t imagine ever feeling so passionate about something that I’d be willing to take a financial risk like that.

For the next 25 years, I would plod along prudently in my life, taking few financial or social risks. Comfort and security cloaked my every move. That is until the sensations of waking up white stirred my soul. As I let in feelings of rage and remorse about having the story of racism withheld from me, a sense of passion and drive emerged.  The urge to catch up on missing information and lost opportunities wouldn’t quit.  Nor would the idea of chronicling my discoveries as a way to encourage other white folks to awaken. My heart told me in no uncertain terms that this was my path. Yet to create the space in my life to do it, I’d need to leave my job, forfeiting income and health benefits for my family. What’s more, I would need to travel to conferences, take classes, and buy books. The only way for me to do this would be to do the unthinkable: touch principal.

Let me take a moment to acknowledge here that I recognize I’m coming from a place of serious socioeconomic privilege and that this is a dilemma most people could only dream of having. Nevertheless, given my socialization, cutting this cultural thread and thinking and behaving outside of this box shook me to my core. I understood it could very likely mean losing respect and relationships in my circle of family and friends. It could also mean running out of money.

Fortunately there was that other principle my parents left me — the “Never put money before people” principle. Yet how was I to reconcile “Don’t touch principal” with “Never put money before people?” On the one hand, how could I disavow my ancestral order? On the other hand, how could I justify stockpiling wealth that I now understood had been earned, at least in part, by my membership in the white race? I went back and forth, one day feeling as if touching principal would be the height of irresponsibility, the next thinking not touching principal the epitome of selfishness, like money hoarding.

Admonitions from childhood can cast a long shadow, and for me, this one was the hardest to challenge. I thought of my frugal father, in his elbow-patched sweaters and old American cars. He worried about money 24/7. I thought of my mother, re-using her teabag throughout the day and planning her menus around whatever meat was on sale at the grocery store. I wondered what lengths my ancestors had gone to to accumulate and preserve wealth. How could I justify spending money on a project without a financial return?

During the months in which I battled these dueling values I had a recurring dream in which I was up at the lake, back in some earlier black-and-white, sepia-toned century. Out for my daily swim, I’d see three or four old birch canoes approaching. As I swam closer, I’d notice they were full of my ancestors, the ones I knew from the warped and stained photos on the cabin walls. A rush of excitement would rise in me as they paddled closer. I couldn’t believe I was going to actually get to meet them. I’d tread water and raise my hands above my head, trying to flag them down. But they snubbed me, every time. Deliberately turning their heads in disgust at my irresponsible use of family money, they’d paddle right by me without so much as a word or a glance. Full of shame, I’d awake in a cold sweat, adrenaline pulsing through my veins.

As I went back and forth on the sacrilege of touching principal, I started to realize that part of my attachment to the idea was connected to a sense of scarcity. Better not spend it because you’ll never get it back. The philosophy, meant to keep me in a position of financial strength, was actually perpetuating fear, a state of emotional weakness. I decided I did not want to act out of fear of loss; I wanted to be driven by hopes, dreams, and potential.

I became comfortable with the knowledge that money exchanges hands every day through millions of economic channels and that letting it go would not necessarily be the kiss of my financial death. Most surprisingly, as time went on, holding onto accumulated money began to feel claustrophobic in the same way white suburbs did. The rules were too rigid, the lines around the boxes too thick.

I longed for growth and fluidity in my life, not status quo. Where was the wisdom in being beholden to my family’s past to preserve an imagined future when it meant not being responsive to the present? Not Touching Principal would have required me to ignore my soul, knocking on my door, suggesting that racial healing was not only possible – it might just be the key to my own intellectual, emotional, and spiritual salvation.