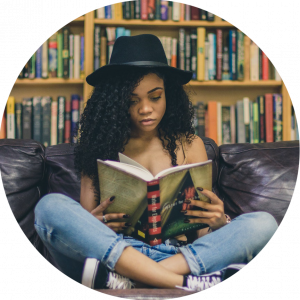 You've just experienced an event with Debby - now what? See below for resources that can help you dive deeper into learning, and make a plan for action.

Resources for "I'm a Good Person! Isn't That Enough?" Expand

Race: The Power of an Illusion
Three one-hour episodes offering a quick-but-deep examination of the biology of race, the melting pot idea, and housing discrimination--where Debby first learned that WWII GIs of color were not able to access the GI bill benefits as her white father had.

In the White Man's Image
One-hour documentary that tells the story of the Indian Boarding School movement.

Bounty
short documentary about the Phips Proclamation, one of many scalp-bounty proclamations used to exterminate Native people in order to take their land in what is now New England.

Home from School: The Children of Carlisle
Documentary highlighting the current practice of indigenous people healing from Indian Boarding School trauma through reclaiming children's remains and returning them to their ancestral homes.

Mapping Inequality: Redlining in New Deal America
Use this interactive website to explore redlining maps coast to coast. Can you find a town/city you know well?

Extreme heat is worse in redlined neighborhoods
This five-minute video draws the connection between redlining and the environmental racism activism happening today.

Native Land
The invisibility of indigenous peoples and their land is part and parcel of white supremacy. This interactive map shows where indigenous nations live/d, worshipped, farmed, loved, and thrived for 16,000+ years. Whose land are you on?

Tribal Land Acknowledgements - What they are and Why we need to do them
"We should absolutely expect to learn the true and accurate stories of this land, and this land's longest occupants, especially when we reside on this land where the people and their stories happened." --Claudia Fox Tree

The Myth of bringing your full, authentic self to work, TED Talk by jodi-ann burey

I'm not your inspiration, thank you very much, TED Talk by Stella Young

A Poem for My White Friends: I Didn't Tell You, by YouTube poem Norma Johnson

How to overcome our biases? Walk boldly toward them, TED Talk by Verná Myers

I've lived as a man and as a woman - here's what I've learned, TED Talk by Paula Stone Williams

"I Want to Hear You": 22 Tips for Artful Listening before, during, and after a Conversation, by Dr. John G. Igwebuike

Do the Work Podcast