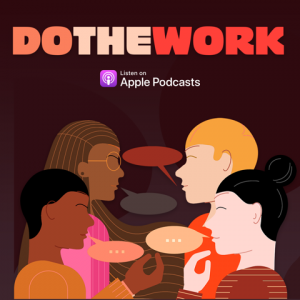 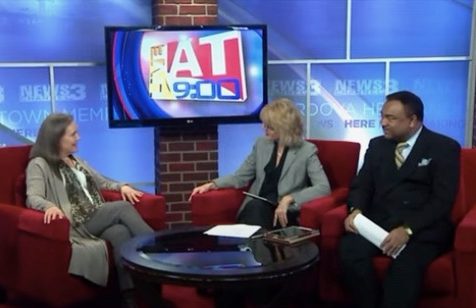 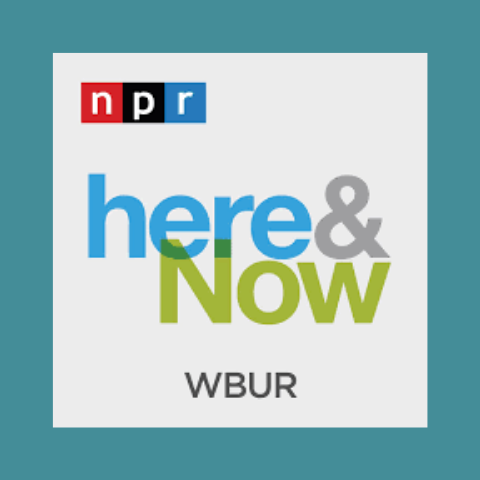 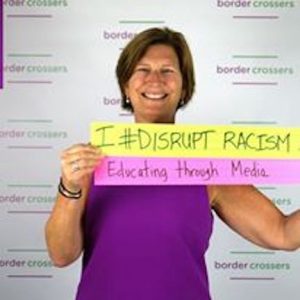 "In La Crosse, a community group counters racism and white privilege with an ecosystem of care [using Waking Up White]. USA TODAY NETWORK-Wisconsin is sharing this story as part of its Wisconsin Weavers Project, which is highlighting the efforts of people across the state who are weaving their communities together. It's an idea we're borrowing from The Aspen Institute, a global nonprofit headquartered in Washington, D.C., In 2018, it started Weave: The Social Fabric Project to solve the problem of broken social trust that has left many Americans divided. Aspen works to find weavers, tells their stories and offers them support and connection." Milwaukee Journal Sentinal

Voted one of the ten most read Yes! Magazine articles of 2018, 6 Tips for White People Who Want to Celebrate Black History was co-written with Shay Stewart-Bouley, a.k.a. Black Girl in Maine.

“Irving’s book is an immensely brave and important cultural memoir. It is, as she writes, “my story of racial ignorance.” It tells of her life-long journey from childhood ignorance and confusion, to a patronizing desire to “help fix” things, to a deep, personal exploration of her role and the dominant (read: white) culture’s role in sustaining and perpetuating systematic racism. Her journey has brought her to earnest, insightful engagement – and to the writing of her book.” Portland Press Herald

“At the Riverdale Country School in the Bronx, two white seniors started the Exploring Whiteness club in the fall, which now regularly attracts 15 students. They were inspired by reading Waking Up White, a memoir by Debby Irving, a self-proclaimed WASP from New England who discovered in her late 40s that many of the benefits her father had received in housing and education from the G.I. Bill had been denied to millions of African-American veterans. In the book, Ms. Irving writes about “stepping out of a dream” and realizing that the black people she knew lived in a more challenging world than she ever would face.” The New York Times

“Irving’s book is deeply personal and excruciatingly honest. It is not simply a memoir, but Irving uses the technique of memoir to achieve her ultimate goal: to communicate the devastating effects of structural racism on all Americans.” Biblophiliac

“…a remarkable and, at times, emotionally searing look at one white woman’s struggle to understand racism. It is part memoir and part guide to changing how we think about race…one of the most important books on race in recent memory.” Readers + Writers Journal

“There are really so many quotes I could pull from this book; I was dog-earing pages and highlighting passages from beginning to end.  Extremely well-written, thought-provoking, and eye-opening, I want all of my white friends to read it.” Turn The Page Lisa

“With eloquence and a sense of urgency, Irving takes us on a journey into the heart of what is arguably the American issue….Waking Up White is a provocative, persuasive call to action.  Readers may squirm at some of its arguments, but they will find themselves thinking hard about them.  And they will take them to heart. “ Kenyon College Alumni Bulletin

“One of the beauties of Irving’s book is that she shares her process of discovery so unselfconsciously that we can’t help but be disarmed: the ways she’d unknowingly been blind and racist; continued to benefit from privileges denied to others; had inadvertently made things worse when she’d hoped to make them better; and slowly learned to be an effective advocate for a more just and equitable society. Along the way, she says, all of her relationships improved—not just those with people of color.” The Moon Magazine

“She’s present in this book in such a refreshing way – you can’t help but feel embarrassed for her at times when you read about something she’s done or said that is cringe worthy. I found Irving to be authentic in her writing and really enjoyed getting to know her. ” A Bookish Way of Life

“Confession: I’m not finished with the book. But dammit I couldn’t wait to tell you about it. I have probably underlined more in this book than I have in my bible.” My Mamihood

“Experts at [a] Brown [University] conference call for broader discussion on race issues. Issues of race….often ignored in white homes. White Americans often grow up with a narrow view of American history, which makes it harder for them to understand minority viewpoints and concerns, they said. ” Providence Journal

“Since the book’s release in January, it continues to sell and recently hit the Boston Globe‘s best-seller list, which is based on sales at local bookstores. Irving also sells the book at conferences focused on topics related to social justice, and she has found success with large institutional sales.” Kirkus

“It left me with greater understanding and a renewed determination to be the type of person who builds bridges and grows relationships wherever I go.” Owlhaven

You Don’t Know The Half‘s Black Girl In Maine, aka Shay Stewart-Bouley, invites Debby in to unpack whiteness. What is it? How does it function? And addressing the biggest elephant in the room, Shay asks, “Is it even possible for white people to…?”

Speak Out with Tim Wise offers listeners a chance to hear three white anti-racist activist/educators explore the complexities of whiteness, white fragility, and white privilege in terms of how they manifest in the work to disrupt white supremacist attitudes and behaviors.

New Hampshire Public Radio’s The Exchange‘s Laura Knoy facilitates a discussion with Reverend Eric Jackson, Karen Spiller, Kristin Forselius, and Debby Irving about New Hampshire’s racial manifestations and how one community, Oyster River, is seeking to disrupt them. Listeners voted this episode one of the top five for 2019.

Teaching While White interviews Peggy McIntosh and Debby Irving about whiteness in education.

The Philippe Matthews Show Philippe and Debby discuss the myth of the level playing field, Debby’s white saviour syndrome, and how Debby now engages with resistant white people. From enlightenment ideas about natural order to World War II era discrimination to Ferguson, Debby and Philippe connect the dots that hold patterns of power and privielge in place.

Here & Now Robin Young asks Debby: You really didn’t know? To listeners who say, “I don’t think this is a race divide you’ve become aware of, it’s a class divide,” what would you say?  For those who believe, “I had nothing to do with redlining and block busting. That was before my time. I am a good person,” what would you say?

WYPR Midday with Dan Rodricks explores the simmering, ongoing racial perpetrations that continue to simultanesouly impact people of color while remaining unseen and unfelt by most white poeple. What it is that white poeple can do to be a part of a national racial remedy? Debby offers her thoughts on this.

207 WSCH Portland Debby and Shay Stewart-Bouley discuss the need for cross-racial conversation on the heels of the death of Michael Brown and the resulting Ferguson protests.

RadioWest with Doug Fabrizio Debby and Theodore Johnson discuss fear and other invisible forces that hold us all in our social roles. Debby explains that “when a problem is invisible you don’t have the language for it. A big part of my journey has been to be a part of the conversations by learning the language and being able to describe what I am feeling, so that it is no longer invisible.”

Charlotte Talks with Mike Collins Debby and Dr. Eddie Moore, Jr. discuss the role being white has in understanding race in this country. Dr. Moore talks about the importance of understanding race as demographics shift and America moves into a global era. Together they explain the effectiveness of cross-racial conversations in the process of educating one another about the range of American experiences.

Safe Space Radio Debby speaks with psychiatrist Dr. Anne Hallward about the ways in which the white experience can distort perceptions and beliefs, and how these distortions translate to tension in cross-racial relationships. Two part interview. Part I   Part II